The Ocean Clean Up & Oceans Unmanned utilize Aeromapper Talon Amphibious for marine operations for second year in a row.

A team of Oceans Unmanned operators and The Ocean Cleanup researchers are teaming up using drones to perform aerial surveys and to evaluate efforts to capture and remove marine debris in the Great Pacific garbage patch.  Oceans Unmanned Inc. is a nonprofit dedicated to the use of drones for environmental protection, while The Ocean Cleanup, also a nonprofit, focuses on the problem of plastic and debris in the ocean by developing technologies to locate and retain at-sea marine debris to bring it back to shore for recycling.

Capt. Brian Taggart, director of Oceans Unmanned, said, “We will be operating over 1,000 miles offshore, and a UAS is the perfect tool to help analyze this global problem.” 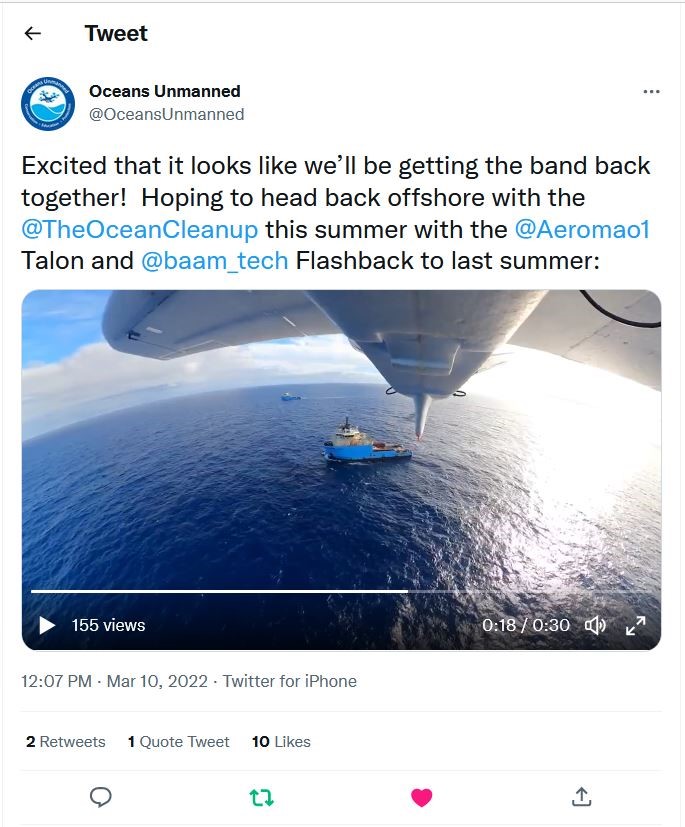 Drones will perform aerial surveys to quantify the distribution and abundance of marine debris in the garbage patch.

A waterproof Aeromao Talon Amphibious UAS will be launched from a ship, survey for approximately two hours, then perform a water landing and be recovered by a small boat.  The information the drone captures will assist in the detection, collection efforts, and evaluating the efficiency of the recovered debris. 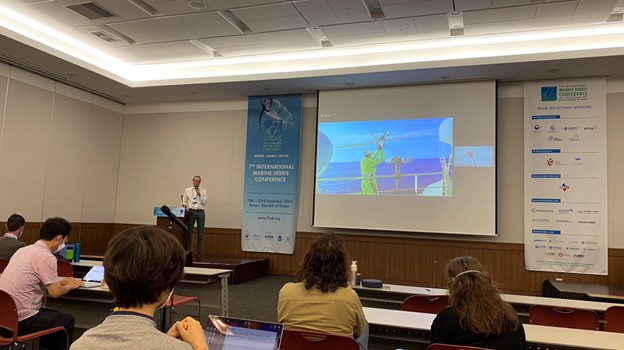